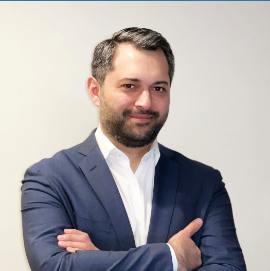 Timur has been working in the software and IT field since 1999, when he started as a software developer at Computer Associates, one of the leading software companies. His dedication and drive for success have earned him much trust and respect among his colleagues. After Computer Associates, Timur co-founded, led or took part in many interesting software, marketing, investment as well as real estate projects.

In 1992, at the age of 15, having immigrated to the United States from the former Soviet Union, Timur started 10th grade at Forest Hills High School in New York. Without prior knowledge of the English language, by working very hard, Timur managed to significantly excel in his studies. Timur holds a B.S. degree in Computer Science from the City University of New York with a minor in Economics. At the University, he was a recipient of the prestigious United Federation of Teachers Scholarship. In 1999, he graduated with Cum Laude honors, the Dean’s List Award and membership in the Golden Key National Honor Society. In addition to his love for technology, Timur also possesses a great sense of business management and finance that have helped him succeed in many of his endeavors throughout the years. In 2015, he co-founded ETI Empire Holdings, a holding company that took part in interesting and lucrative technology and real estate projects. In 2019, Timur founded Alpha Citadel Ventures, a company that promotes innovation and helps startups with their growth strategy and planning. Most recently, Timur joined with James O’Loughlin to start Pixaura Digital, a very successful agency dedicated to customizing strategies for its clients. In his spare time, you can find Timur practicing martial arts and playing tennis, soccer or basketball with his children.